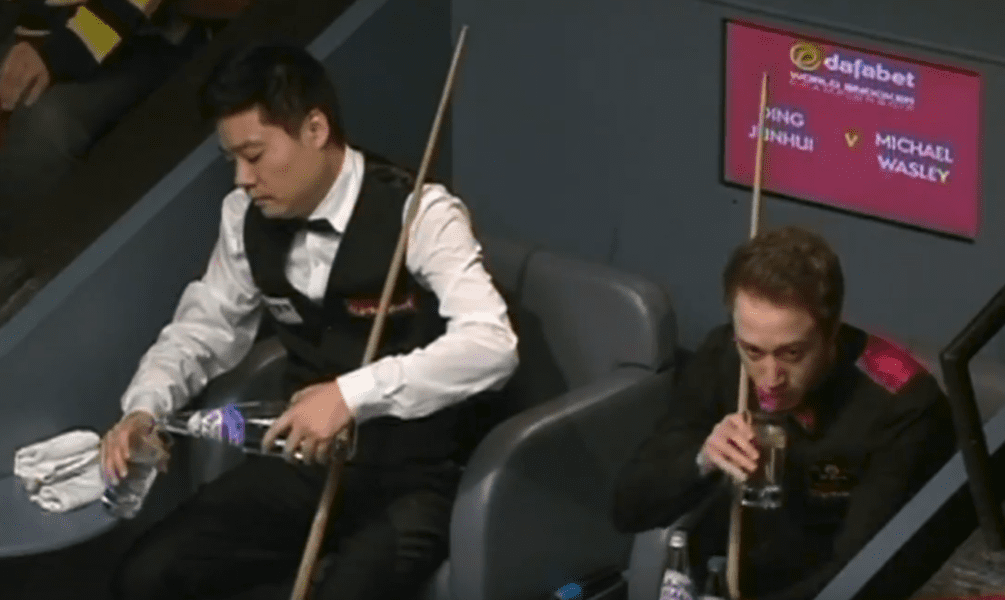 Ronnie O’Sullivan was sent tumbling out of the 2019 World Snooker Championship on Tuesday after falling victim to one of the biggest ever Crucible shocks.

Neil Robertson produced another devastating run of scoring to come from behind and beat Mark Allen 13-7 in the second round of the World Championship in Sheffield. However, despite adding two more centuries to his season tally, the world no.1 was narrowly unable to reach the landmark century of tons.[Read More…]

Alan McManus eventually came through the victor in a dire last 16 affair with Ireland’s Ken Doherty in Sheffield on Saturday. The Scot had featured in the second round 13 times previously in his career but had only emerged victorious on three of those occasions. The two-time semi-finalist at the Crucible[Read More…]

The first three days of the World Championship have come and gone amid a host of dramatic contests at the Crucible. The standard of play hasn’t always been at the highest but the start of the 2014 edition in Sheffield must go down as one of the best ever. There[Read More…]

The draw for the first round of the 2014 World Championship was made on Thursday and as ever it threw up some interesting ties. The qualification stage is complete and all that is left is the small matter of the 17 days required for one of the 32 competitors[Read More…]

The World Championship qualifiers have ended after a dramatic final day of action at the Ponds Forge International Centre in Sheffield. Several of the opening eight matches in the final round had ended under routine circumstances on Tuesday. But Wednesday’s action was typical edge of your seat stuff as an[Read More…]

The 2013 German Masters resumes on Wednesday as one of the calendar’s best tournaments returns to Berlin for a third straight year. The Tempodrom has played host to two fabulous and well attended events and the same is to be expected this year. With a capacity of well over 2000[Read More…]

David Gray and Martin O’Donnell have become the third and fourth players to advance to the Snookerbacker Classic Grand Finals. The English duo overcame a strong field of 32 players in the second qualifying event, this time held at South West Snooker Academy in Gloucester, and will join Allan Taylor[Read More…]