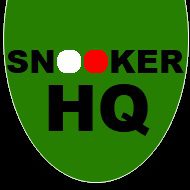 The fourth annual Players Championship Grand Final takes place in Preston this week, with snooker returning to our screens on Tuesday following a rare week off. This is the first season that the tournament will be staged outside of Ireland after a year in Dublin and two subsequently successful outings[Read More…]

China’s Ju Reti has become the first amateur player to win a Players Tour Championship event. A couple of players have come close before, notably Joe Swail when he reached the final of a European event in Gloucester last year, but Ju broke new ground by overcoming in-form Michael Holt[Read More…]

The second Asian Tour event of the season has been taking place this week with four players battling out for the spoils today in Zhangjiagang. Two professionals and a pair of amateurs make up the semi-finalists – three of them Chinese, hoping to collect some silverware on home soil. The[Read More…]