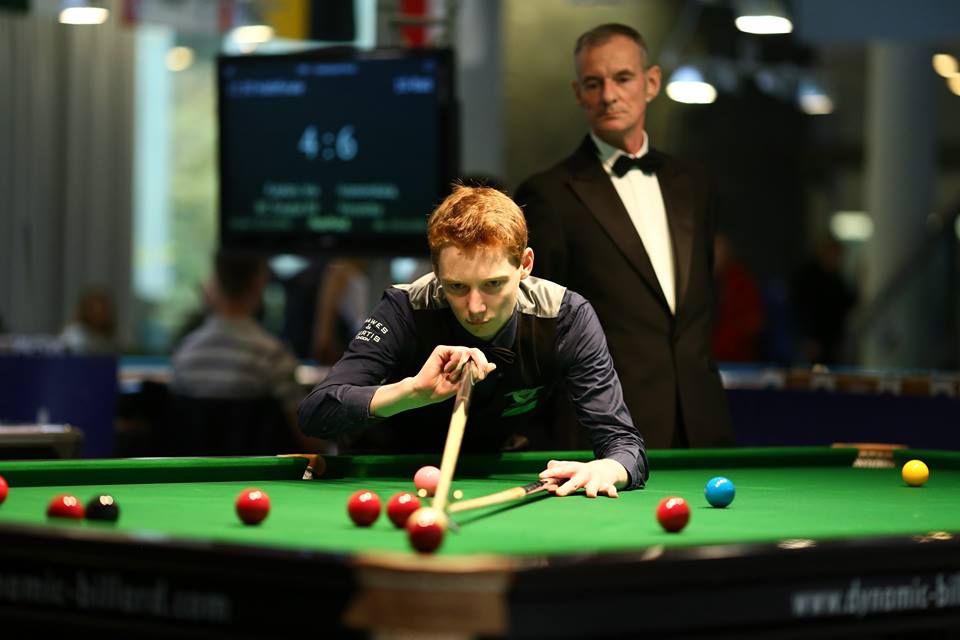 Josh Boileau was denied a place in the Paul Hunter Classic main draw after a narrow 4-3 loss to Scotland’s Marc Davis in the final round of qualifying on Thursday in Furth. Boileau had become the only Irish amateur to make it the last stage of the preliminaries when he[Read More…]

Republic of Ireland slightly eased their qualification woes in the Snooker World Cup after beating Germany 3-2 in Thailand today. Ken Doherty and Fergal O’Brien edged another lengthy battle that sends the Dublin duo into second place in Group A and the Germans of Patrick Einsle and Lasse Munstermann back[Read More…]

Martin McCrudden was the first Irishman to be knocked out of the 2011 European Snooker Championship as he succumbed to a surprise defeat in the last 32 in Sofia. The 31 year-old had lost only one match and just seven frames in the group stages and was the 9th seed[Read More…]