Cue sports failed in its bid to be included in the 2020 Olympic Games in Tokyo yesterday but that comes as a shock to almost nobody involved in the participating sports – especially snooker. 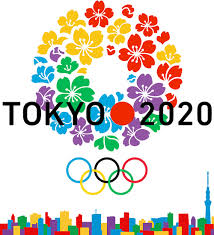 Snooker, pool and billiards will now look to 2024 for a more realistic stab at breaking into the Olympic movement, yet a considerable amount of work must be done to stand a chance.

World Professional Billiards and Snooker Association chairman Jason Ferguson highlighted female participation as one of the main areas that needs improving in the next few years.

Cue sports tick many boxes when it comes to credible selection to be an Olympic sport, including the required skill, the viewership across the world, and participation among men.

However, the fact that snooker, in particular, has such a weak women’s tour stands in especially bad stead with the idea of the sports being hand Olympic status.

The next four years then will be pivotal and a dramatic improvement on the ladies snooker tour must be apparent for their to be a better chance of cue sports as a whole gaining inclusion for the first time.

Where, though, is that development coming from?

Over the last three or four years the media hype surrounding Reanne Evans, a ten-time world champion, has exploded for small periods before subsiding into relative nothingness.

This, of course, is because she has been forced to try her hand in what traditionally has been the men’s Main Tour, with minimal success.

What she and others have long hoped for is that her escapades with the press, which is often quite repetitive, would lead to a greater growth of her own tour, but it’s difficult to point to any avenue where that can be said to have happened.

It will be interesting, therefore, to see exactly what Ferguson and the heads of other leading organisations across all the sports plan to do to eradicate such a seismic gulf in class and membership between both genders.

To be fair to pool and billiards, carom at least, they appear to have a better foundation in place when it comes to female involvement – with many notable stars across both respective disciplines.

So perhaps that heaps even more pressure on snooker’s shoulders to get things in order, and quickly.

Of course, there are other factors that will lead to cue sports being considered more keenly next time around.

Cue Sports feature in the 2017 World Games, and a strong showing there will go a long way to convincing the IOC that these precision games should be embraced.

When the debate regarding this topic livens up, many followers often resort to the old “well such and such sport is in, then why shouldn’t snooker…” maxim.

Well, that’s all down to personal opinion.

For every snooker fan that lambasts a rival sport, there’ll be a bowling, squash, surfing, sport climbing, wushu, roller sports, karate or baseball enthusiast who’ll be repeating the same spiel in our direction.

It’s not worth it, and energy would be better directed at improving the current state of cue sports to such a level that makes it decidedly difficult for the IOC to say no again.

Incidentally, the above eight sports are those which beat cue sports, thus making the shortlist for the 2020 Games, and good luck to all of them in their attempt to be in Japan in five years time.