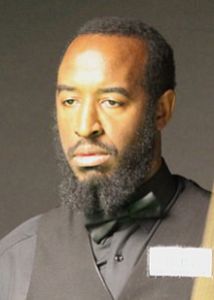 All four semi-finalists were in uncharted territory as not one of them had ever got their hands on any professional silverware carrying ranking points.

McLeod saw off Mike Dunn in the last four to set up a clash with Tian, who narrowly escaped a spirited fight back by David Gilbert to prevail in a decider.

The final showdown was a high-scoring affair with breaks over 50 in all but one of the six frames contested.

McLeod gained control, leading 2-0 and 3-1 with runs of 58 and 57 but saw his opponent compile a 106 in the fifth to draw to within only one frame of what would have been a thrilling deciding frame climax.

However, the Englishman scored another 50-plus break in the next frame, this time a 55, to capture the trophy and an £18,750 winner’s cheque.

“It feels great, it’s everything that I really wanted,” said McLeod.

“In the final I just tried to stick in there, stay positive and not get ahead of myself. I just wanted to enjoy it because this is where I want to be.”

At 44, McLeod has again proved that there is plenty of life in a player’s snooker career even after they enter a fifth decade.

Both McLeod and Tian had been in precarious positions in the world rankings before this tournament began but their surprising runs to the final ensure that they jump comfortably inside the top 64 for now at least.

An added bonus for McLeod is that he could be in line for a spot in the lucrative Champion of Champions tournament next month should results in the International Championship go his way.

Another successful weekend on the European Tour then – we next move to China for the first and potentially only Asian Tour event next week before the International Championship takes place in Daqing.