World Snooker announced more details on Wednesday about its upcoming Challenge Tour – effectively a semi-professional tour offering a gateway onto the pro scene. 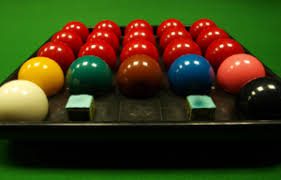 The Challenge Tour was announced during last year’s World Championship and there has been much anticipation since as to what the proposal for the new initiative might look like.

The inaugural Challenge Tour season will be restricted to 72 players with 64 being made up from Q School’s Order of Merit and a further eight wildcards topping up the field for each event.

Events are due to be staged between May of this year and March of next year across the United Kingdom and Europe, with no suggestion yet that there’ll be other tournaments hosted in China or across Asia.

Overall, the new venture is an extremely positive step for snooker below the professional level and for the sport in general.

It will attempt to finally fill the huge void that has grown over the last couple of decades, in particular in the UK and Ireland where amateur snooker once thrived but these days struggles to sustain a viable structure that can help to inspire young and enthusiastic cueists.

However, upon immediate reflection, it does appear to be a shame that the final Challenge Tour rankings at the climax of the ten events will only yield two main tour cards.

It would possibly be a concern that players who don’t fare well in the first few events might give up early on with not much seemingly at stake between the top few positions in the rankings and the rest.

Of course, the fairly decent level of prize money will be an attraction for the majority of players either way, although an entry fee of £50 is required and it remains to be seen what costs will be needed for the likes of travel and accommodation.

At any rate, on paper it looks like a promising start to the new Challenge Tour and hopefully only the beginning of something that will develop into a more substantial scheme in future seasons.

Other sports like darts, golf, and tennis all have secondary tours with a great deal of success, offering a platform for players to at least earn fair contributions towards a proper living and vital experience ahead of a potential step up into the big time.

A spokesman for World Snooker said: “This is fantastic news for the amateur game, providing established and up-and-coming players with opportunities to hone their skills in a competitive environment.”

“The Challenge Tour will be a significant boost to our sport on the amateur side and we expect to see very competitive events as players strive to make the step up to the World Snooker Tour.

“We hope to see a record number of players signing up for Q School and many of them will go on to show their skills on the Challenge Tour – It’s time to chase your dreams.

“In the darts world, we have seen Rob Cross come from the Challenge Tour and go on to become the world champion in less than a year and the opportunities are there in snooker for a player to do the same.

“On our global tour, we now have nearly 30 events and prize money of over £13 million.”

Some of the key points that were revealed: